Enjoy a relaxing day tour to St Andrews, Anstruther and Falkland.
On this tour you will have ample time off the coach to explore these wonderful places. Starting with the Three Bridges where you can take photos and admire the views across the Firth of Forth. You will then visit the beautiful fishing village of Anstruther, which is most famous for its award winning fish and chips!!

Your next stop will be the stunning seaside town of St Andrews. This town is steeped in history with its amazing architecture, cobbled streets, Castle and Cathedral. It also has an amazing array of shops, pubs, and cafe’s.

You will then visit the picturesque village of Falkland, nestled amongst the Scottish highlands, it is a photographer’s dream with the stunning Palace and gardens as well as the Victorian Gothic Bruce Fountain, which was featured in Outlander.

WITH SO MUCH TO SEE AND DO THIS TRULY IS AN AMAZING TOUR!
Book now

Anstruther- explore and enjoy a refreshment

St Andrews - where you are free to explore, visit the Castle, cathedral,
aquarium, have a leisurely lunch + drink and enjoy this wonderful town.
The choice is yours.
7

Falkland- explore, visit the Palace and gardens and enjoy a refreshment.
7 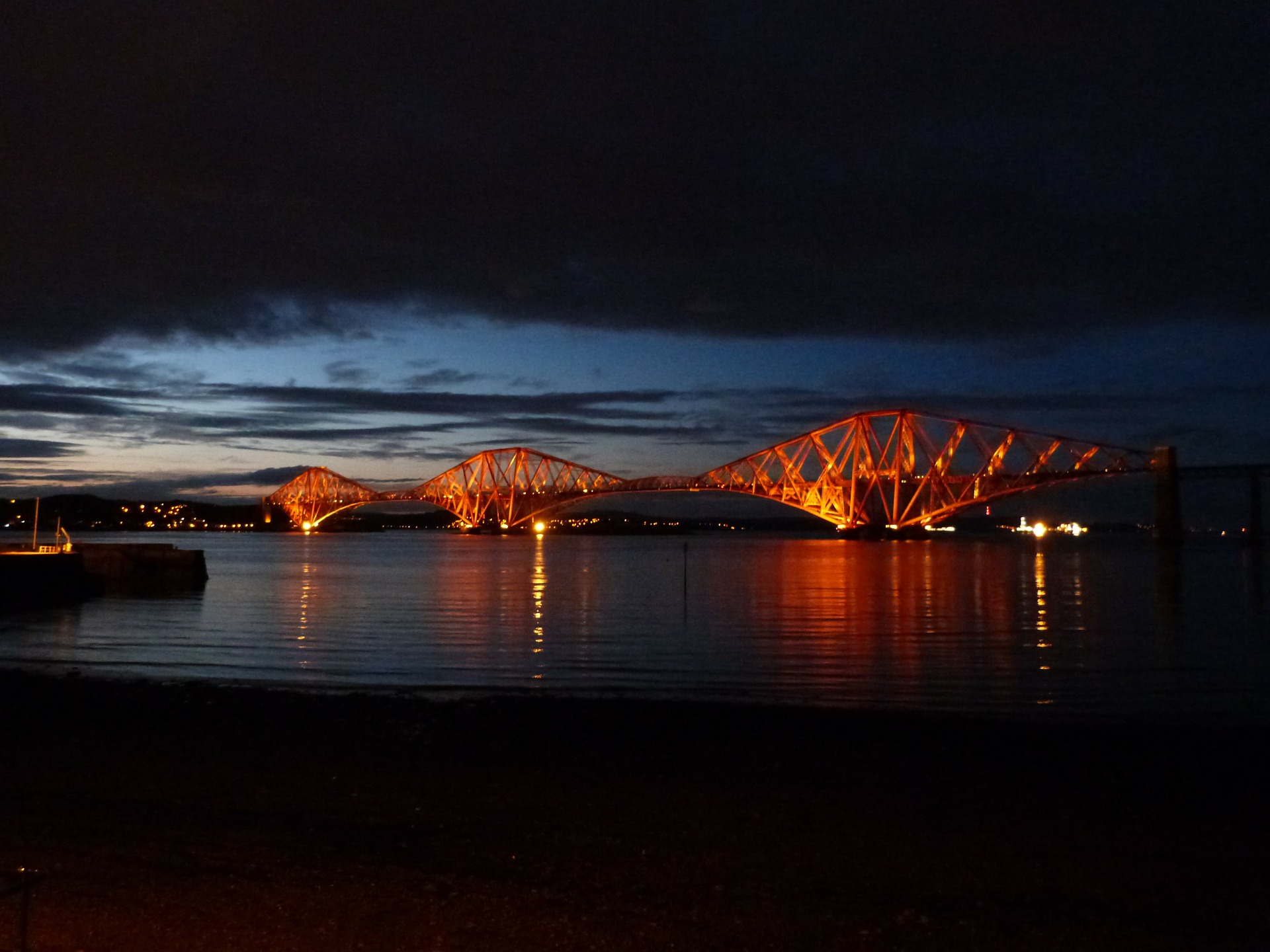 The Three Bridges
The Three Bridges, crossing the Firth of Forth, are an impressive sight. Standing shoulder to shoulder across the water. The first built of the three in 1890 is the iconic Rail Bridge, known around the world as a wonderful feat of engineering. With its Cantalever design, it’s 100 meter high of Scotland to the Kingdom of Fife and beyond.

The Forth Road Bridge was the second bridge to be built and was opened in 1964 by her Majesty The Queen. It was the longest span suspension bridge outside of America and is now the 4th longest in the world.

It has a main span of 1006 meters between its two towers. A truly magnificent sight. The Queensferry Crossing which opened in 2017 is the latest of The Three Bridges but certainly no less impressive than it’s neighbours.

It is a three-tower cable stayed structure spanning 2.7KM making it the longest and largest of its kind in the world. It has a slender beauty and strength, truly deserving of the paraphrase – A Bridge To The Future. 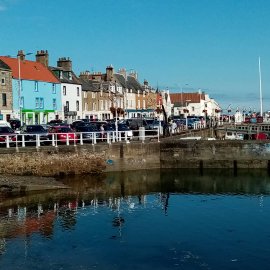 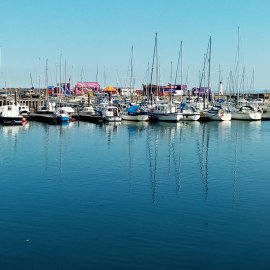 Anstruther
Anstruther is a charming fishing village in the East Neuk of Fife. Known to locals as Ainster. This very pretty village is the perfect place to go for a stroll along the harbour or sit and watch the boats come and go. The harbour itself is a working harbour and very picturesque, so have your cameras to hand.

The main road on the harbour is lined with cafes, restaurants and pubs and not forgetting the famous award winning fish and chip shop, where Prince William and Kate enjoy visiting when in Scotland. There is also a Scottish fisheries museum if you wish to visit.
www.scotfishmuseum.org 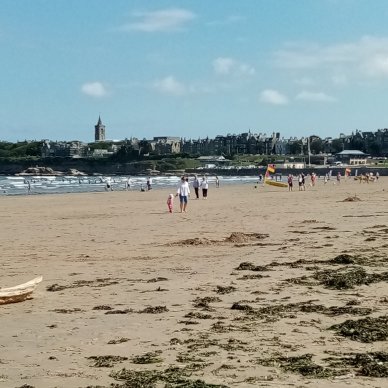 St Andrews
This medieval town is steeped in history and it is home to Scotland’s oldest university where the Duke and Duchess of Cambridge met. It also has an ancient Cathedral and Castle where you can explore and learn about their history. It is known to many as having several golf courses but in particular the Old Course with the landmark Swilcan Bridge on the18th hole, where Tiger Woods and many other famous golfers have stood. It has a stunning beach which is definitely worth a visit and near the beach nestled on St Andrews dramatic north facing cliffs is the aquarium, with penguins, meerkats, sharks and a large array of sea creatures. The town’s lay out has three main parallel streets, North St, South St and Sandwich Market St with many interconnecting streets along the way. Each filled with an array of shops, pubs, restaurants, cafes and ice-cream shops. It also has an amazing little crystal shop for those interested in holistic therapy. This is definitely a must see town to add to your bucket list. 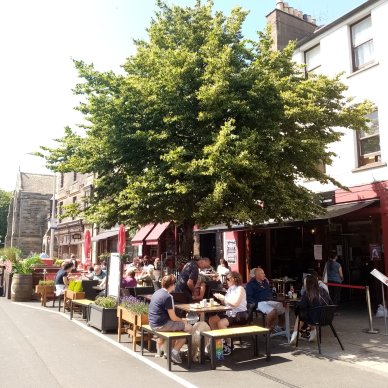 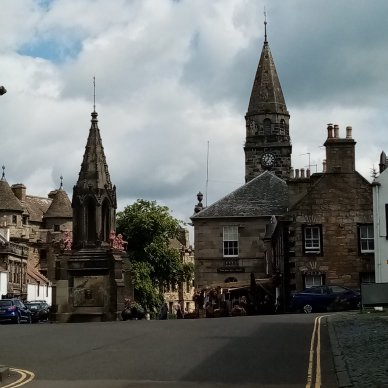 Falkland
Falkland is a picturesque town in Fife.

The village high street has a tranquil feel about it and is dominated by the Palace towers, Church and the Bruce Fountain. All the cottages, pubs and cafes have wonderful flower baskets and all the amazing colours just add to the feel of this charming village.

Fans of Outlander will recognise it as post-war Inverness, where the Bruce Fountain plays a vital role as it is where Claire sees Jamie Fraser’s ghost. Also situated in the high st is the beautiful Falkland Palace and gardens a 16th century residence of the Stuart Monarchs.

It was the favourite retreat for Mary Queen of Scots as it provided an escape from political and religious turmoil.

It also has the oldest tennis court in use, anywhere in the world.

Send us a message